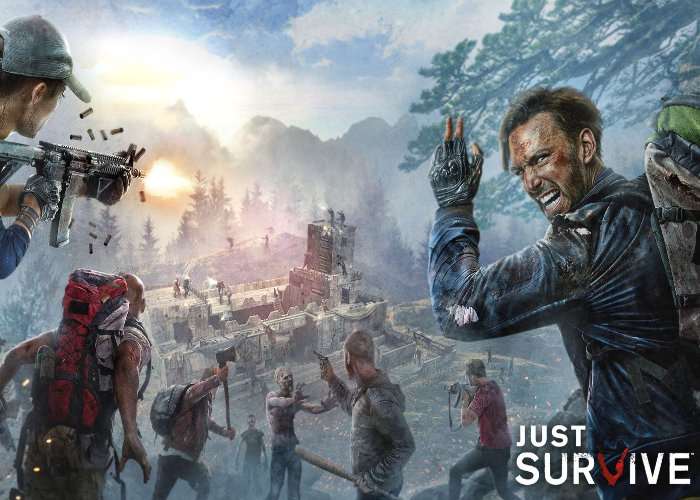 Daybreak Games formerly known as Sony Online Entertainment has released a major update for the H1Z1 which not only brings with it plenty of new features, tweaks and enhancements but also a name change from H1Z1 to Just Survive.

H1Z1Has been the game’s name since its Early Access launch back in 2015 features included in the latest update include:

• Badwater Canyon:
◦ A completely new world map designed with multiple styles of gameplay in mind and featuring targeted loot distribution, strategic verticality, exploration opportunities, and hundreds of easily identifiable base pads for Stronghold construction. Badwater Canyon will be rolled out steadily over time, as it is created region by region, in order to give appropriate focus to each aspect of its overall design. It has replaced the game’s original map, so we wish a fond farewell to “Z1”.

• Stronghold:
◦ A new system where players can build robust structures and fortify them with an array of defenses and traps to fend off coordinated attacks. Challenging players with opportunities to attack and defend, Strongholds encourage creative problem solving. In addition, these bases can be customized by players, to make their in-game homes visually unique.

• Weapon Revamp:
◦ All weapons have been rebuilt from scratch, introducing tiers to each weapon type while fine-tuning them to look and feel unique. In addition, we’re improved melee combat with a new hit registration system and attack animation overhaul.

• Loot:
◦ We’ve completely re-itemized the game, adding dozens of new items and giving each of the existing ones clear representation in the world. The days of picking up a striped shirt only to discover it’s actually an orange tank top are over. We’ve also completely overhauled containers and loot placement has also been overhauled so valuable items are spread out in more meaningful ways. We’re also introducing a Rarity system that clearly differentiates the valuable items from the standard fare.

• Golden Eagle Coins:
◦ Items found in the world can be exchanged for a new in-game currency tied to individual characters. These aim to create true value for each item in the world, tackling the problem of item hoarding. Golden Eagle Coins are required to purchase new Stronghold locations, and this currency’s usage will continue to be expanded in the future.

Just Survive is a post-apocalyptic survival game that immerses you in a world where humanity is fighting to take back control from the zombie hordes. Scavenge for supplies, cra