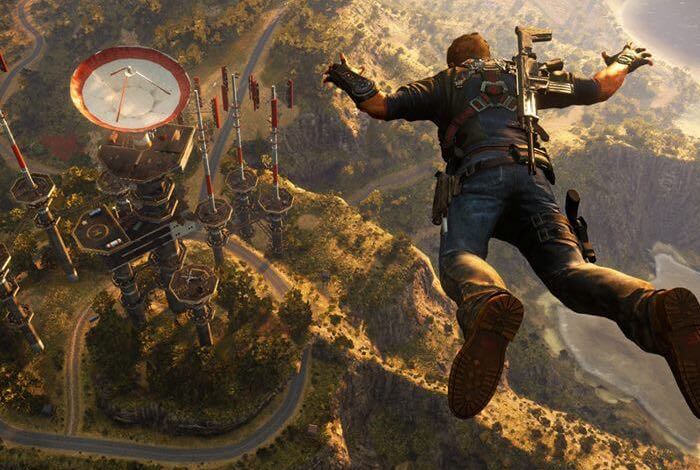 If you are considering purchasing the new Just Cause 3 game and would like a more detailed look at the 400 mi.² gaming map that you can cover within the game in a variety of different vehicles including jets, helicopters and even your wing suit.

You might be interested in new gameplay video which has been created by the team over at Eurogamer that provides a look at the PC version of the game and offers a round-trip of the island you can expect to explore.

Just Cause 3 is gearing up to launch on December 1st, 2015 and has been created by Avalanche Studios and will be published by Square Enix and will be available to play on PC, Xbox One and PlayStation 4.

Just Cause 3 is et several years after the events of Just Cause 2, when Rico Rodriguez leaves The Agency and returns to his homeland of Medici, a fictional Mediterranean island under the brutal control of dictator General Di Ravello who has set his eyes on world domination. Wanting to stop him, Rico goes on a journey to destroy his evil plans.. expect plenty of explosions.