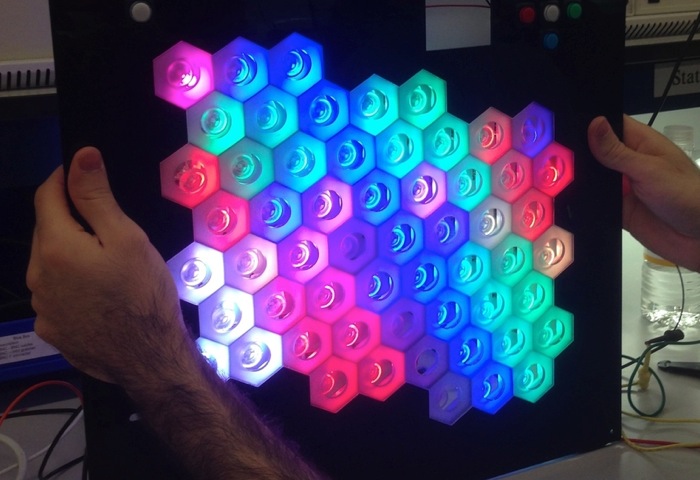 Hobbyists, makers, musicians and developers that enjoy building projects using the awesome Raspberry Pi mini PC are sure to enjoy this new musical instrument called the Joytone which is being created by Dave Sharples.

The Joytone is Dave’s senior design project at the University of Pennsylvania, and is powered by a Raspberry Pi and consists of a panel of thumbsticks that are used to play musical notes. Watch the video after the jump to learn more about the Joytone project and see it in action.

For his senior project Dave wanted to create of an entirely new electronic musical instrument focusing primarily on the user interface and design, he explains a little more :

“The Joytone is more or less finished! We didn’t manage to finish writing the GUI for the screen, but we’ll chalk that up to a future project. For now we have polyphony, smooth timbre control, even an intelligent pitch bend. The pitch bend ranges from -2 semitones to +2 semitones, and dynamically figures out what the corresponding distance in Hertz should be based on what note you’re playing (this even works over several notes, with a different interpolation for each one). 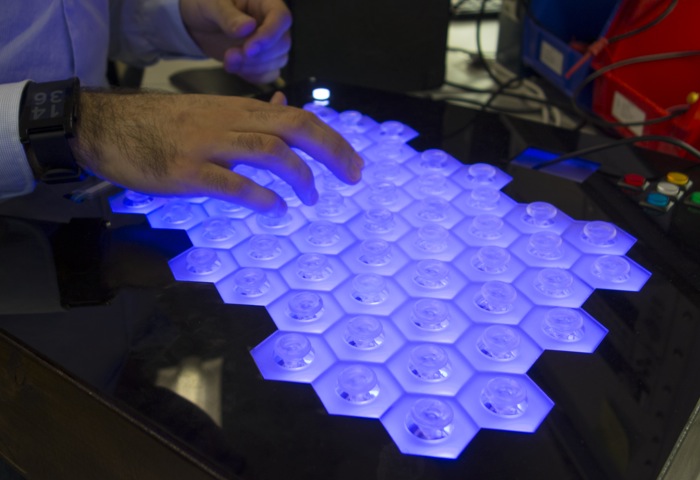 This instrument uses a hexagonally isomorphic layout, which means that the notes are distributed on a hexagonal grid, and they all have the same physical size and shape. They also have the same musical relationships to each other – if you move to the right by one thumbstick, that corresponds to going up a perfect fourth musically, and this is true no matter where you start on the grid.”

For more information on the very unique Joytone musical instrument jump over to the personal website of Dave Sharples.  For more details on Raspberry Pi displays and HATS jump over to our essential guide.