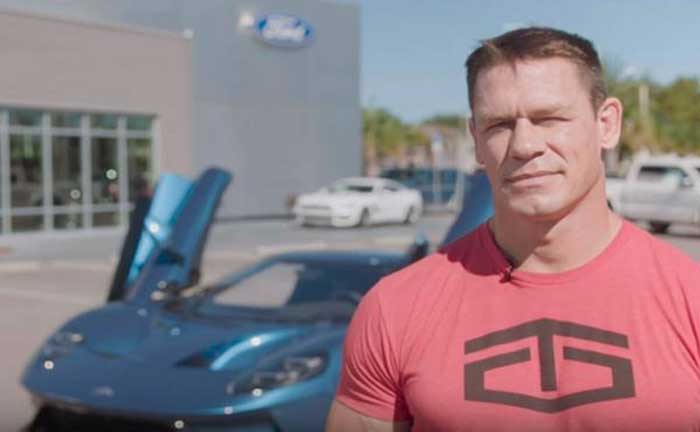 Ford Motor Company and wrestling superstar John Cena have settled the suit over the Ford GT that Cena purchased. Cena was one of the lucky few allowed to purchase a 2017 Ford GT and Ford saw Cena when he sold the car while under the contractually obligated no sale period.

Cena is paying Ford an undisclosed amount of money over the suit and all the money will be given to charity. Cena paid for the Ford GT in two installments according to reports. His car was delivered to Elder Ford in Tampa on September 23.

Cena sold the car in October to New Autos Inc. in Chico, California. Ford also has a suit pending against the dealership that purchased the car. Ford was originally seeking $75,000 in damages. The automaker also wanted to buy the car back for the $463,376.50 Cena paid and wanted any profit made from the deal.