I have a few of the Gorillatorch flashlights around my house and the things are infinitely better than a normal flash light in situations where you need both hands. I use them when I work on my car all the time. There are a few times though when I don’t want the tripod the Gorillatorch line has to get in my way and all the previous models you were out of luck in those instances.

Joby has announced a new addition to the Gorillatorch line called the Blade that does have a tripod that is removable. When on the tripod you can stick the flashlight to any metal surface with magnetic feet or wrap the articulating legs around just about any object. 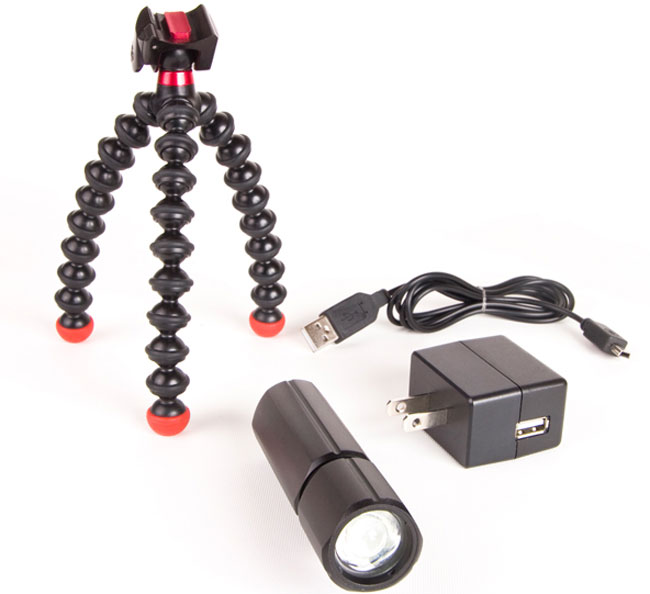 The Blade has a 130-lumen light output and can be adjusted from spotlight to flood settings. The light comes from a CREE XLamp XP-C LED. The tripod allows the light to be tilted to 180-degrees and rotate 360-degrees. The Blade ships with the flashlight, rechargeable battery, USB cable, and AC adapter along with the tripod for $59.95.