We have featured quite a few of Joerg Sprave’s crazy slingshots previously on Geeky Gadgets, his latest creation is called the Slingbow which is a slingshot bow and arrow.

As the name suggests the Slingbow is a cross between a bow and arrow and a slingshot have a look at the video of it in action below, and it uses a custom made bow plus elastic instead of a string. 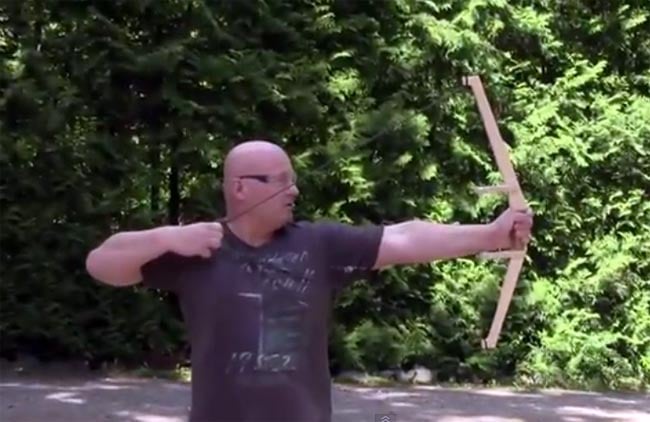 You can see more of Joerg Sprave’s awesome creations over at his YouTube Channel.