It must be bike hacking month this month as following on from the recently published flying bike, Colin Furze who has also been responsible for creating the motorised baby carriage has this week published a video of his jet powered bicycle kicking a field test runs and nearly passing 50 mph. 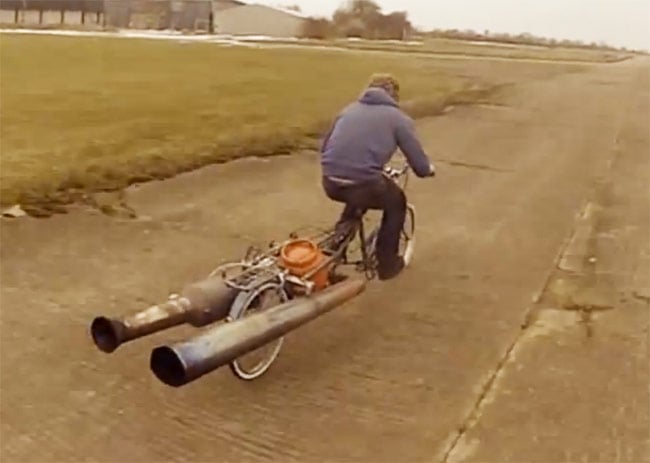 The bike created by Colin is a 70lb valveless jet cycle and shows just what can be done with a old bike a bass cylinder and a little ingenuity. Colin explains a little more about the project.

“An old womans bike built for shopping turned into a bomb inspired safety hazzard. This is the final part in my series on the wonderfull pulse jet and what an end.The jet will push the bike a little faster but its staying on thats the challenage as some of the more keen eye’d people will have noticed the side shaking , yes we could have cured it with better frame better wheels etc but i like its a shit bike n still is.”

You can also see in the video below how Colin built his awesome jet powered bike.