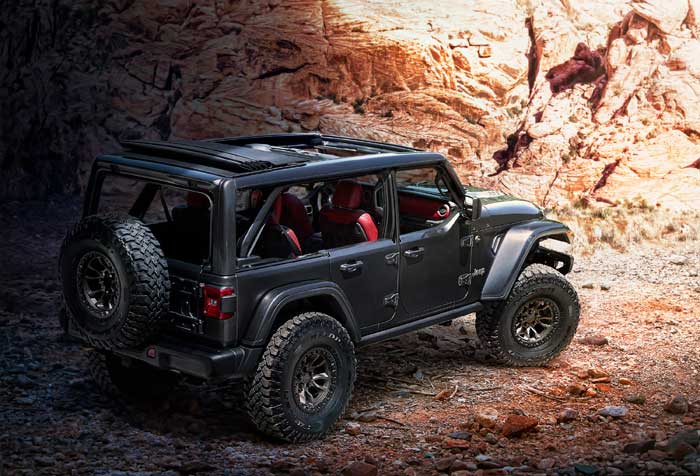 Jeep Wrangler fans haven’t had a V-8 under the hood since 1981 when the vehicle was the Jeep CJ. Granted that V-8 from ’81 made only 125 hp and 220 pound-feet of torque. The current generation V6 and turbo-four are both more powerful. Jeep is finally teasing Wrangler fans with what they’ve always asked for in the form of the Wrangler Rubicon 392 Concept.

The V-8 is paired up with an eight-speed transmission featuring a 3.73 gear ratio. It also has a two-mode exhaust that alters the sound at the touch of a button. We sincerely hope this concept hints at a future production version.