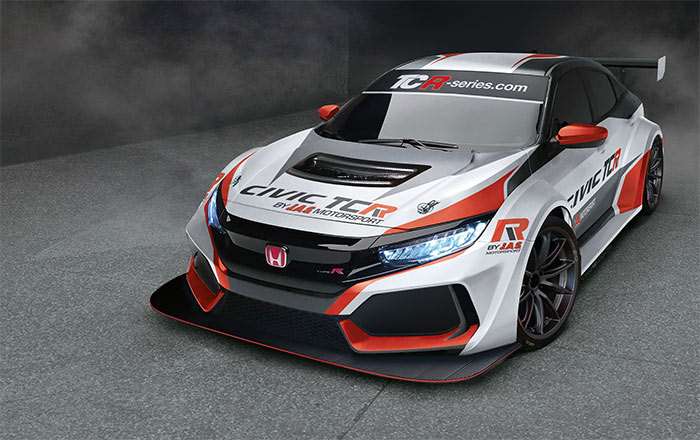 The Honda Civic Type R has only just now landed in the US and buyers are paying way over MSRP to get their hands on one. While the cars will be rare to see on the highway for a while, they will be seen on the racetrack. JAS Motorsports has announced that it will introduce a new Civic Type R TCR racecar in 2018. The TCR racer is based on the new Civic Type R.

The car gets an all new exterior design and aerodynamic package to improve downforce. The rear suspension is an all-new multilink unit and the car gets a new anti-roll bar system. The car also has an advanced ECU, improved roll cage, and the latest FIA lifting device. The company also plans to build an endurance racing versions.

The new race car is a partnership with Honda and JAS Motorsports going back to 1998. The Civic Type R TCR will be among the 19 models and 300 plus cars eligible for TCR competition globally.