NTT DoCoMo in Japan has a pair of new Android devices that will be coming in the next few months. In March the Japanese carrier will get a new smart phone running Android called the docomo NEXT series AQUOS PHONE SH-06D. In April, the carrier will get another device, this time a tablet called docomo Tablet MEDIAS TAB N-06D. 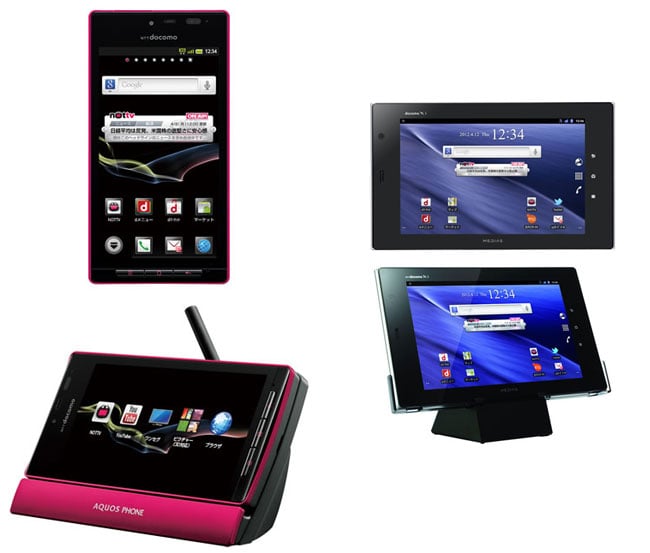 Both the devices will be able to watch NOTTV, which is a broadcast station set to launch on April 1. The smartphone is waterproof and has a 4.5-inch 3-D display that needs no glasses. The phone runs 1.2 GHz dual core processor and comes with a tabletop dock that has an integrated antenna for viewing multimedia broadcasts. The phone will work with DoCoMo’s mobile wallet service.

The tablet claims to be the world’s thinnest waterproof unit at 9.9 mm thick. It supports LTE connectivity and has a 7-inch display. The tablet weighs 350 g and has integrated speakers along with a 1.2 GHz dual core CPU. Pricing is unknown and both of these devices will only be offered in Japan.