Since exoskeletons are all the rage these days (defense contractors should be reading this), it comes as no surprise that a new find will elicit a generous amount of oohs and aahs. Oohs and aahs indeed, considering the picture below was made by engineering students. It’s a very basic build involving no servomechanics, just a lightweight aluminum frame that allows the wearer to move with ease. 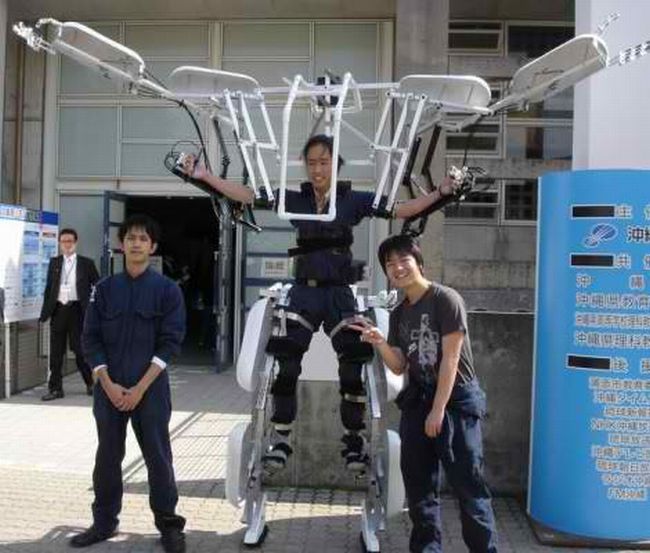 The machine suit has been dubbed Skeletonics by its creators and it’s a surprisingly mobile suit (Gundam pun intended). We don’t know if it can fire big guns or carry debris to help quake survivors. If it did, China’s gonna get worried.

Though it brings to mind sci fi flicks from a certain director named James Cameron (Know him? Avatar, Aliens?), seeing this DIY projects reminds us of Exo Squad. If you were a kid in the early 90s, you must know what we mean by Exo Squad. That was a great cartoon series. Intelligent, dramatic, and utterly riveting, not to mention the awesome robots that spawned a cool toy line. If Exo Squad never got cancelled, it would’ve become the American Gundam.

If you had an exoskeleton like this, what would you use it for?