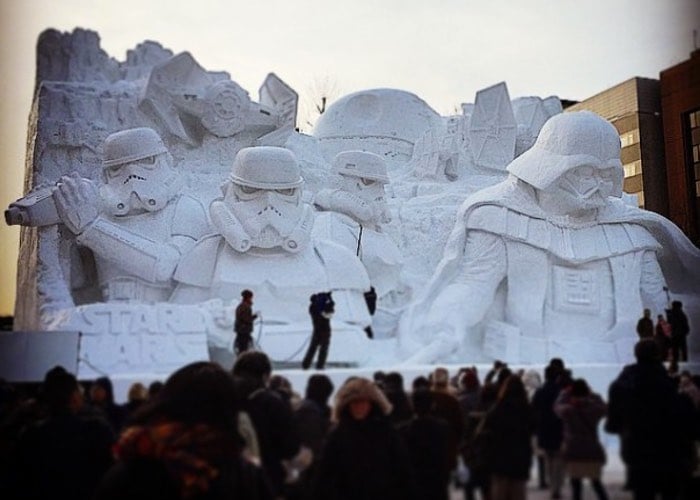 The Japanese Ground Self-Defense Forces’ 11th Brigade used heavy machinery including bulldozers to move the snow into a pile that they then carefully crafted into a 23m-wide and 15m-tall sculpture.

As you can see from the images the Star Wars snow sculpture is a monument to Darth Vader and his Imperial forces, that is complete with an imposing posse of Storm Troopers and TIE fighters. 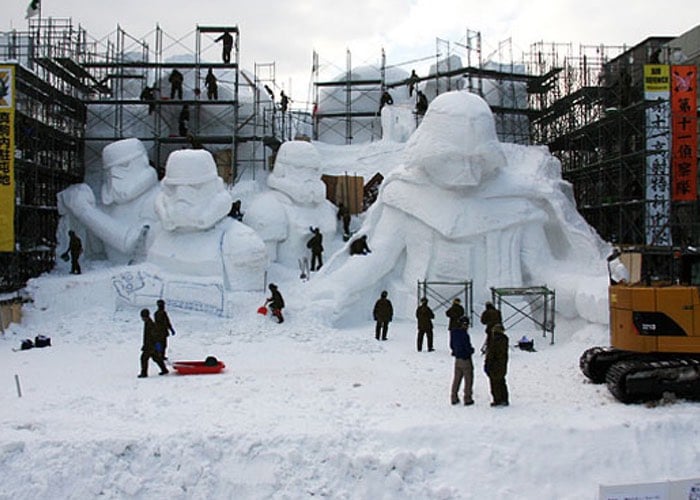 For more images jump over to the Bored Panda website via the link below.