If you are in the market for a small but the very high resolution display, Japan Display has this week unveiled a new 10 inch screen which provides a resolution of 3840 x 2160 pixel packing in 438 pixels per inch.

The new screen will allowed tablets to have the same number of pixels as you would get on a 4K Ultra HD television, providing a fantastic picture on the smaller devices. 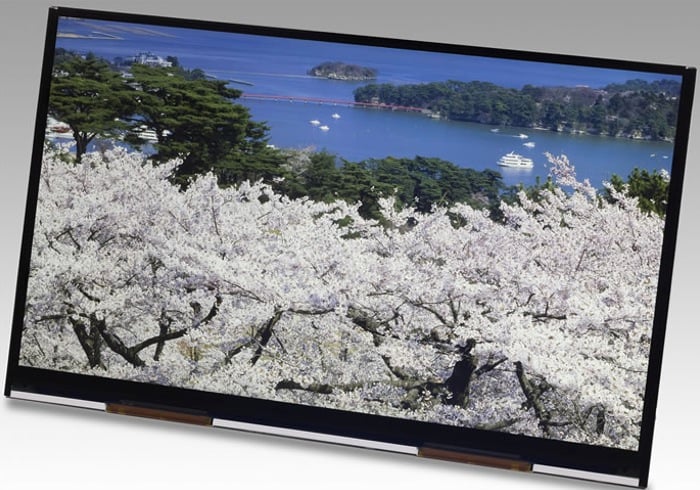 The new 10 inch 4K Ultra HD display uses low-temperature poly silicon (LTPS) technology to keep power consumption low, and uses about 2180mW of power, most of which comes from the backlight, explains its creators.

Other features of the new Japan Display IPS screen are reviewing angle of at least 160° together with a contrast ratio of 1100 to 1. Japan Display also developed a 12.1-inch 4K2K LCD module offering a resolution density 365ppi last year and presented it at the FPD International event last year.