We have featured a number of different themes being played by floppy drives here on Geeky Gadgets over the years, such as the Star Wars Imperial March also played by a selection of floppy disk drives..

But now a new project has been built for display at the Purdue University for the Association of Electrical Technologists club during their Technology Week. Which plays the James Bond theme tune for your enjoyment. Watch the video after the jump to see the floppy drives in action. 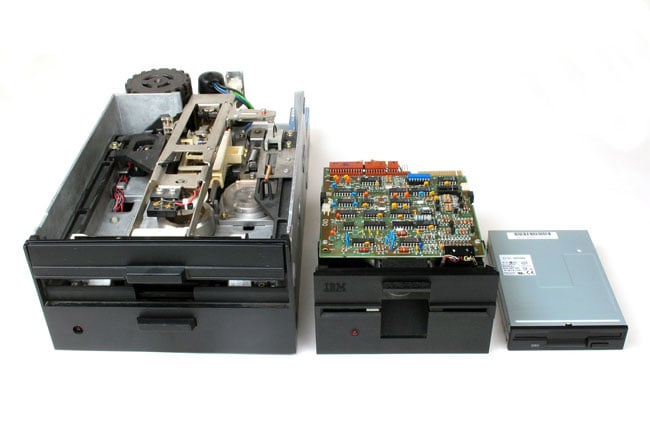 The floppy disk setup consists of 8 floppy drives connected together, and combining to pay an awesome rendition of the james Bond theme tune. Enjoy! This one has to be the best floppy drive theme tune on the Internet at the moment, but if you know of any others, drop them in the comments below.