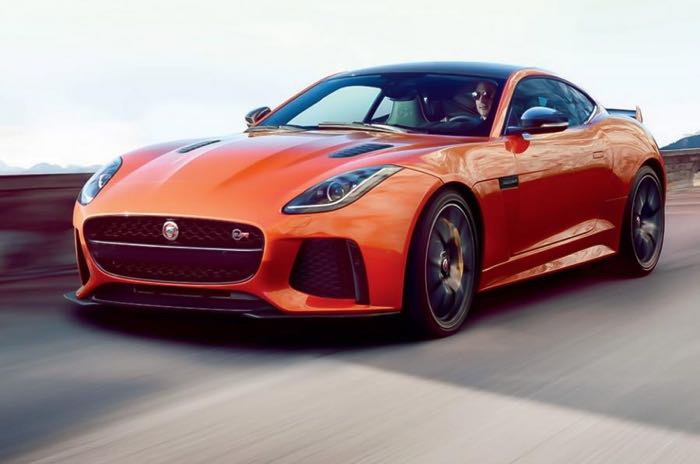 Earlier this week we talked a bit about the Jaguar F-TYPE SVR that had leaked ahead of the official unveil Jag has made the car official now with the announcement that it will be officially debuting at the Geneva Motor Show. Not only had Jag said when we would get the first official specs and look at the car, Jag has also announced you will be able to buy your own this summer.

The F-TYPE SVR can reach 200 mph and is the first car to use what Jag calls the full potential of the two-seat aluminum sports car. Despite having super car performance, Jag insists that the car retains its daily drivability and usability. The F-TYPE SVR will be offered in coupe or convertible forms.

While no official specs were offered, the F-TYPE SVR leak earlier in the week claims a 567hp engine displacing 5.0L and using a supercharger. Acceleration to 62mph from a standstill is tipped at 3.7 seconds, 0.4-seconds faster than the F-TYPE R. Other go fast goodies rumored on the SVR include carbon ceramic brakes, titanium exhaust, larger wing and spoiler, and forged aluminum wheels. Jag has offered no word on pricing just yet.