iTwin the USB storage device we first mentioned here on Geeky Gadgets nearly 14 months ago, has now finally begun shipping, although the first batch is limited to just 50 units.

The iTwin system is easy to use simply plug them into two PCs, and they create a network through which they are able to share data between each other over the Internet, if one is removed the connection is broken and the data sharing stops. 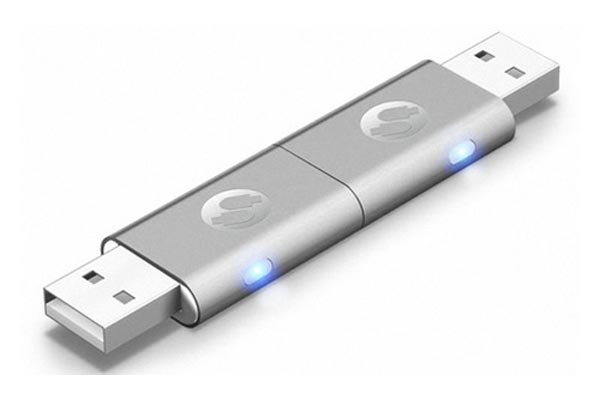 The iTwin USB Drive allows you to transmit data between the computers via a network between the two devices using 256bit AES encryption, making sure that everything remains safe and secure during transit.

The limited edition first 50 units are available in either lime green or gunmetal grey for $99 plus $10 for delivery, with more units becoming available in early 2011.