Earlier today we heard that the UK wouldn’t get the music part of iCloud when it launches in the Autumn, this has yet to be confirmed by Apple, but after looking at the iCloud page over at Apple it clearly states that iTunes Match will be ‘starting in the US’, when it launches later this year.

This gives us the impression that iTunes Match will only be available in the US at launch, and this seems to be down to the fact that Apple hasn’t secured deals with record companies and music publishers in other countries outside the US. 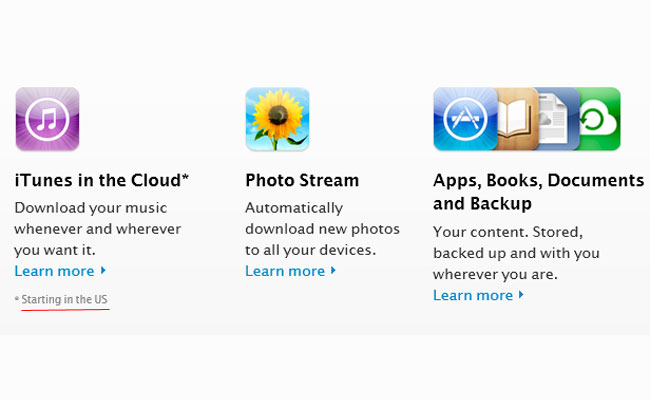 Of course, Apple has a couple of months to secure deals with the record labels and music publishers in other countries before iCloud and iOS 5 launches, although it reportedly took them quite some time to come to agreements with the US music publishers.

We have heard that it could be the beginning of 2012 before the iTunes Match service launches in the UK, and this could very wall be the case for the rest of Europe and other countries as well.