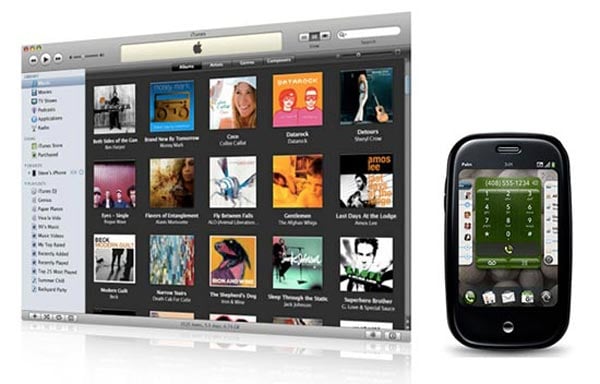 If you own a Palm Pre and want to continue syncing it with iTunes don’t upgrade to iTunes 8.2.1, both Apple and Palm have released statements about it, here is what Apple has to say about it.

iTunes 8.2.1 is a free software update that provides a number of important bug fixes. It also disables devices falsely pretending to be iPods, including the Palm Pre. As we’ve said before, newer versions of Apple’s iTunes software may no longer provide syncing functionality with unsupported digital media players.

And here is Palm’s official statement about it.

Palm’s media sync works with iTunes 8.2. If Apple chooses to disable media sync in iTunes, it will be a direct blow to their users who will be deprived of a seamless synchronization experience. However, people will have options. They can stay with the iTunes version that works to sync their music on their Pre, they can transfer the music via USB, and there are other third-party applications we can consider.

So if you want to continue syncing your Palm Pre with iTunes you will have to stick with version 8.2 and not upgrade to the latest version or future versions.