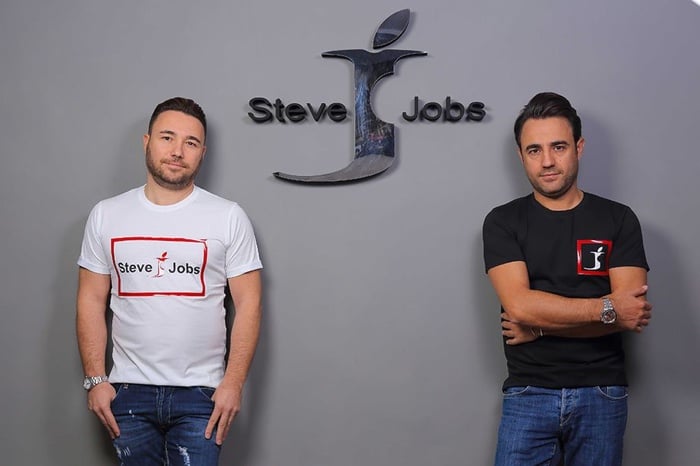 An Italian clothing company has won the right to use the name of Apple co-founder, the late Steve Jobs. The company is run by two brothers, Vincenzo and Giacomo Barbato who started their company back in 2012.

They registered the trademark for the name Steve Jobs and Apple sued them, a court has now ruled in their favor and said that they can use the trademark.

Apple went after the company for use of a J logo with a bite taken out of it which Apple says is similar to their own logo, the court ruled against Apple and rejected their claims of trademark infringement.

The company produces T-Shirts, jeans, bags and more at the moment, although they may plan to launch electronic devices in the future. We one day could end up having a smartphone with the Steve Jobs name.