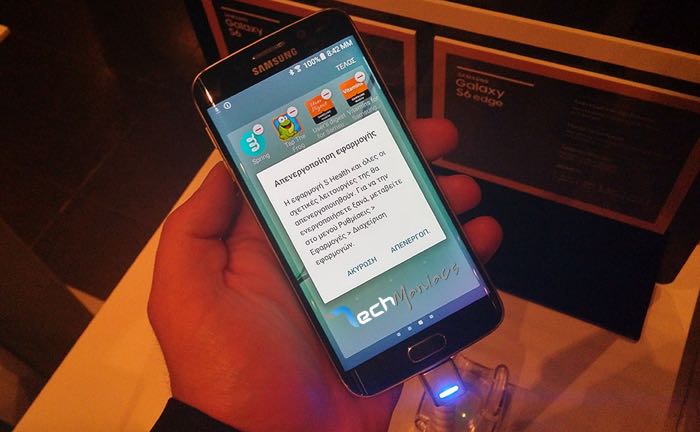 Yesterday we heard that you would be able to delete the bloatware on the Galaxy S6 and Galaxy S6 Edge smartphones.

Some apps were able to be deleted from the devices, which included Samsung’s apps like S Health and S Voice.

Now it would appear that removing these apps just hides and disables the apps until the next time you reset you handset, once you do this the apps reappear.

Whilst it may have looked like you could actually delete the apps from the handsets, all this does is stop the apps running and disables them, no extra space is free up on the handsets as discovered by the guys over at Techmaniacs.

So basically the apps are still there and are still taking up the storage space in your handset, all that happens is that they are not shown in the app drawer on the Galaxy S6 and S6 Edge.