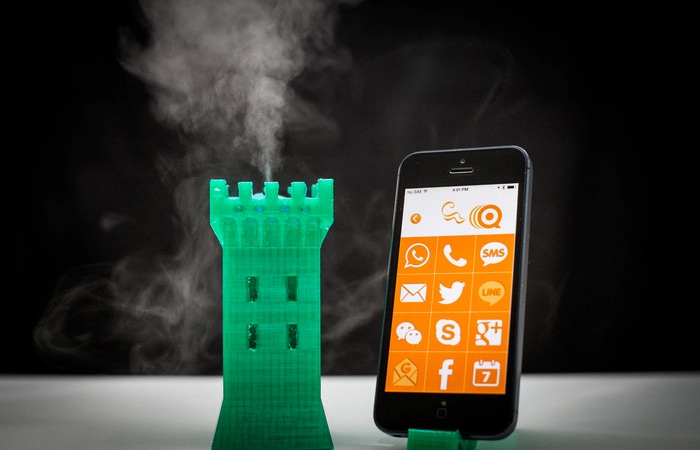 Over the years we have featured some weird and wonderful creations here on Geeky Gadgets, adding to the ever-growing list is the iScent Atomizer which has been designed to allow you to smell your ringtone.

The iScent Atomizer, connects to your device using Bluetooth 4.0 and will spray a scent into the air with your ringtone or music. Watch the video after the jump to learn more about the iScent project and see it in action.

“In ancient China, the Wolf Tower was used mainly to alert soldiers of the danger of encroaching neighbors. Soldiers would burn the excreta of wolves to create a smoke signal atop the tower. Other towers would then be able to spot the smoke signal from afar, and then create their own smoke signal which would pass the message further along to the next tower, and so on.

In the modern world, people use mobile phones to communicate. We are inundated with social media notifications. At the end of the day, those notifications are just like the smoke signals rising from the top of the Wolf Tower – messages.”

The iScent Atomizer project is currently over on the Kickstarter crowd funding website looking to raise enough pledges to make the jump from concept to production.