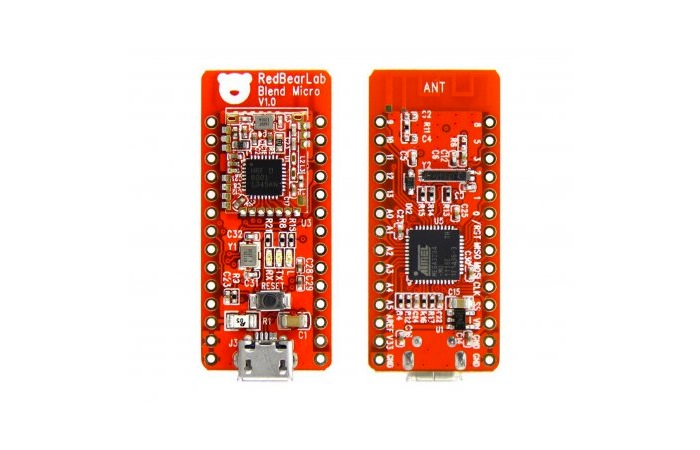 Arduino developers and hobbyists who are looking for an Arduino development board that is equipped with low energy Bluetooth 4.0 connectivity might be interested in a new device unveiled this week called the Blend Micro.

The Blend Micro is equipped with Bluetooth 4.0 Low Energy or otherwise known as BLE or Bluetooth Smart connectivity which has been specifically designed for developers and the Arduino platform to create IoT applications.

The Blend Micro Arduino development board is powered by an Atmel ATmega32u4 micro-controller and is fitted with a Nordic nRF8001 BLE chip. “According to its data sheet the maximum clock rate for the Atmega32u4 is given as 8 MHz at 3.3V or 16MHz at 5V.”

The Blend Micro Arduino development board has been created to runs in the BLE peripheral role only, enabling BLE central role devices to establish communication. Currently supported BLE devices include Nexus 4 and Nexus 7 which are running Google’s Android 4.3 or above operating system. Android 4.4 is recommended for additional stability if required with Bluetooth 4.0 hardware support. Apple devices that also support BLE include iOS 7, iPhone 4s, iPhone 5 (all models), iPod touch 5 and iPad 3,4, mini and Air tablets.

For more information on the new Blend Micro Arduino development board jump over to the Elektor website for details.