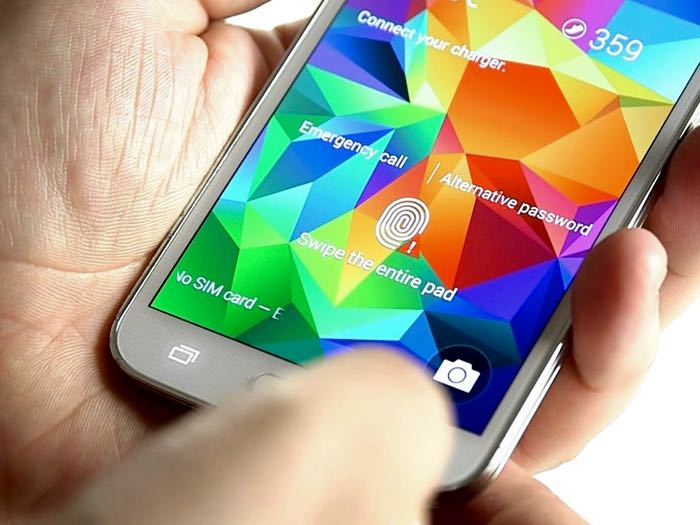 According to a new report your fingerprint on the Samsung Galaxy S5 smartphone may not be safe from hackers.

The news comes from security researchers at FireEye who have found that the fingerprint on the Samsung Galaxy S5 and some other Android devices may not be secure.

[A]n attacker could focus on collecting data coming from the Android devices’ fingerprint sensors rather than trying to break into the trusted zone… Any hacker who can acquire user-level access and can run a program as root, the lowest level of access on computers and smartphones, can easily collect fingerprint information from the affected Android phones… On the Samsung Galaxy S5, they wouldn’t need to go as deep, with malware needing only system-level access.

The team from FireEye presented their finding yesterday at the RSA Conference, Samsung were apparently informed of the possible vulnerability before it was disclosed.

The alleged hack will only work on the Samsung Galaxy S5 that is running versions of Android below 5.0 Lollipop, so if you have not updated you device, it might be a good idea to update it.