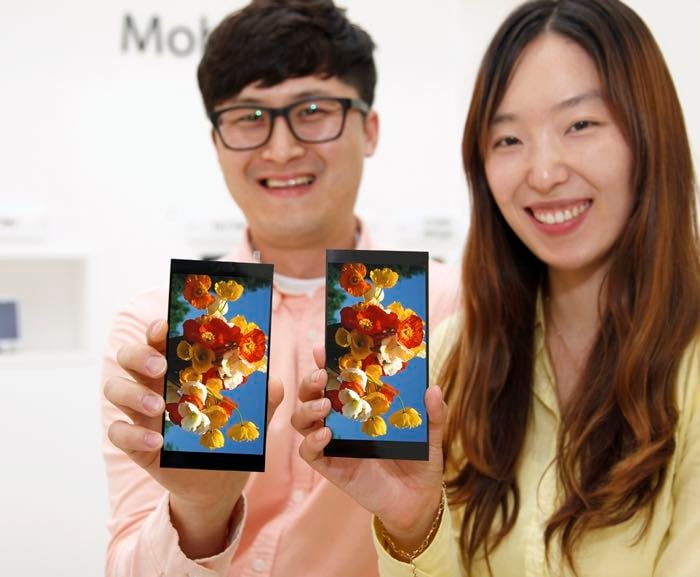 LG has announced the launch of a new 5.5 inch QHD smartphone display, which we suspect could be for their new flagship smartphone the LG G4.

The display provides richer and more accurate colors with a 120 percent color gamut, exceeding the 100 percent gamut offered on conventional panels, for mobile devices (based on sRGB*).The QHD display has 1,440 x 2,560 resolution, four times higher than HD resolution (720 x 1,280), and the number of pixels per inch is 538 PPI (Pixels Per Inch) on the 5.5-inch panel size.

The new panel also adopted Advanced In-Cell Touch (AIT) technology which offers excellent touch sensitivity so that it can respond to touch commands even with water drops on the screen. The display boasts advancements in other major image quality features, with a contrast ratio that is 50 percent higher than conventional QHD LCD panels, while the brightness has increased by 30 percent without any increase in power consumption. A brighter screen and higher contrast ratio makes it easier for users to view the smartphone display in bright outdoor conditions.

We suspect that this is the display that the company will use in their new LG G4 handset and are expecting the device to be made official some time this month.