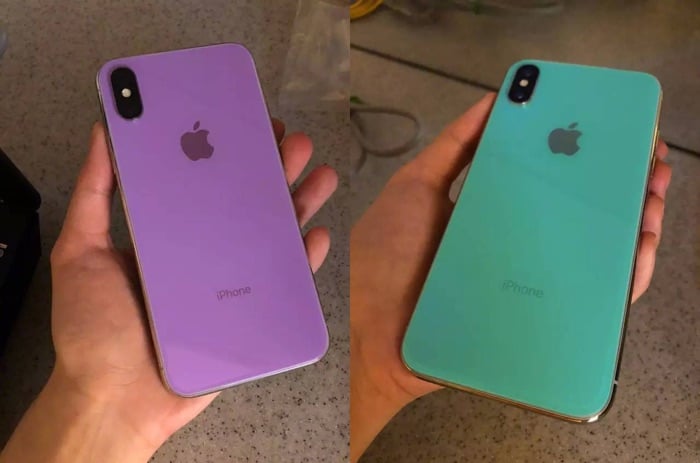 We know that Apple will release a new 6.1 Inch LCD iPhone X later this year. The handset will be release along with a 5.8 inch and 6.5 inch OLED iPhone.

Now some photos have appeared online which are reported to be a prototype iPhone X, you can see the pictures of the handset above.

The pictures appear to show a new iPhone with a glass back in two colors, green and purple, these could possibly be some color options for the new 6.1 Inch LCD iPhone X that Apple may launch later in the year.

The new LCD iPhone X is rumored to be the cheapest of the three iPhones, so it could be possible that Apple will want to distinguish the device from the top models by using a range of different colors. The design of all three handsets is said to be very similar.

Apple’s LCD iPhone X is rumored to cost between $550 and $650, the other OLED models are expected to retail for $899 and $999. We are expecting to see Apple’s three new iPhone X handsets some time in September or October.