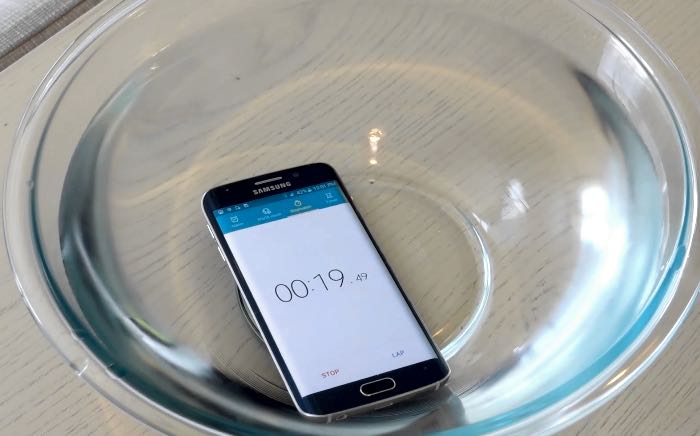 Samsung have not advertised the Samsung Galaxy S6 Edge as a waterproof handset, have a look at the video below which shows the device submerged in water.

As we can see from the video, the Galaxy S6 manages to survive in water for around 22 minutes, this is impressive since Samsung does not advertise the handset as being waterproof.

Whilst we would not reccomend you try this at home, as after the test there are a few issues with the handset, including the display not working properly and the handset rebooting randomly.

The good news is that it if you accidentally drop your Galaxy S6 Edge in water and get the device out quickly, there could be a good chance that the handset would survive.