Here is another fun set of geeky cufflinks, which would make a great addition to any geeks wardrobe, the Iron Man Comic Book Cufflinks.

These fun cufflinks feature tiny comic books, and the ones in the pictures feature an Iron Man comic book, they are made by the same person who made the Mega Man Cufflinks that we featured yesterday. 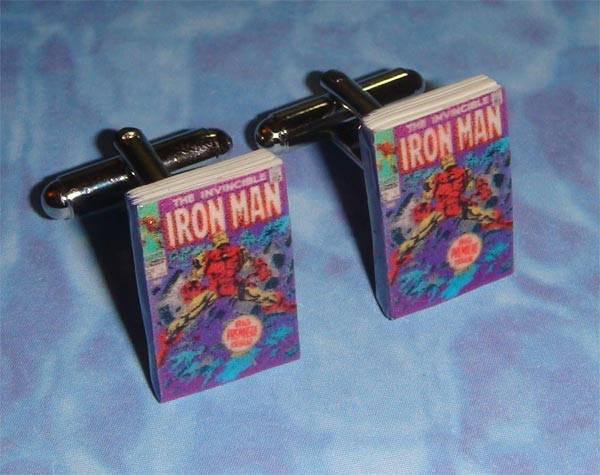 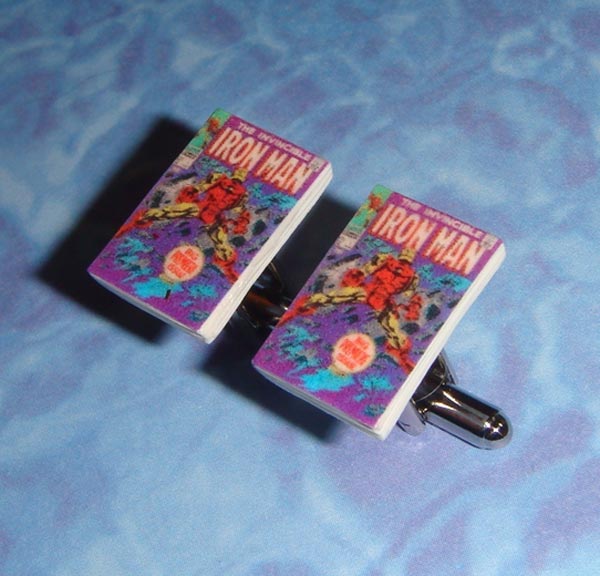 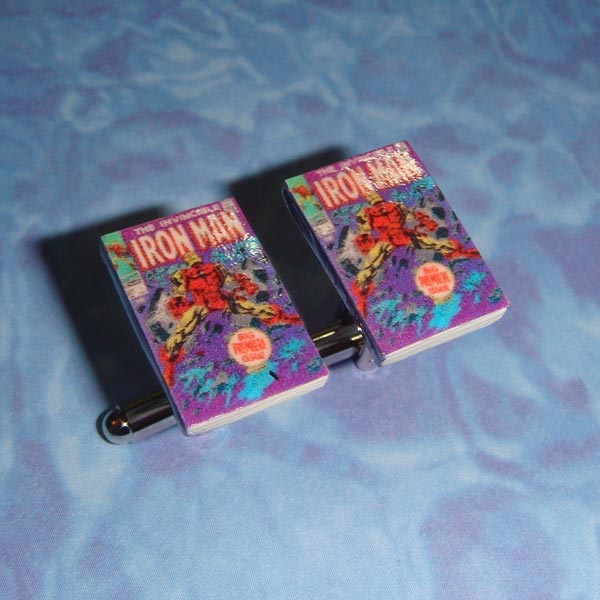 As well as the Iron Man Comic Book cufflinks, you can also order a set featuring any comic book that you want.

If you want a set they are available f0r $25 from Etsy.