A new Apple Siri equivalent has been created for Android devices called Iris, which you probably noticed is Siri spelt backwards. The new personal assistant application for Android has apparently only been in development for around 8 hours and is currently in Alpha development stage. Which comes across a little in the demonstration video created by the XDA Developers showing SassiBoB putting it through its paces. Watch the video after the jump. 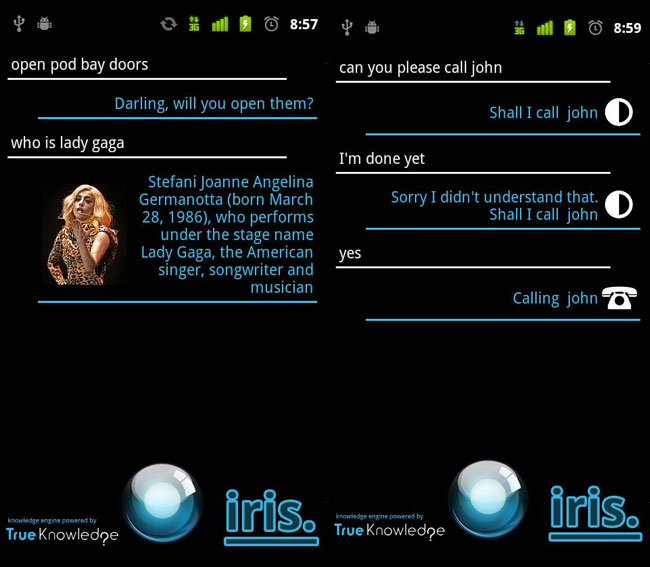 Even in its early development stages its great to see voice communication arriving on Android devices and with a little more work lets hop it can give Apple’s Siri a run for its money. Iris for Android devices is now available to download from the Android Market

Gone are the days when you “Google searched” for information. Just “ask” iris. She will talk to you on any topic. Ranging from Philosophy, Culture, History, science to general conversation.