We have featured a number of the humorous questions you can ask Apple’s new Siri personal assistant on the iPhone 4S, but its now been revealed that Siri is even capable of telling you a short story. All be it after a fair bit of asking and nagging.

It was discovered by Amanda Stewart that if you ask Siri to “tell me a story”, she will try to get out of the the task by saying she doesn’t know any good ones and that the story is silly. But if you persist Siri will finally start to read you a short story about a “quite intelligent agent by the name of Siri.” 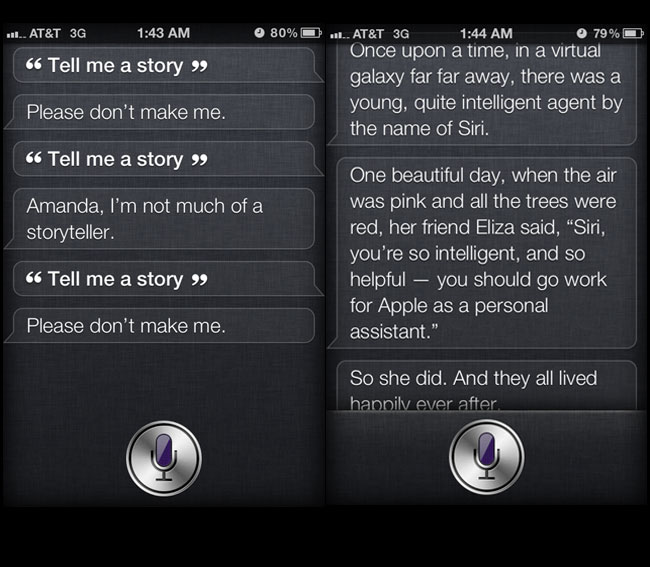 Why not give it a try on your iPhone 4 S and see if you get the same results when Siri tells you a story. I have also embedded a video showing a few of Siri’s other humorous quirky sayings in the video below.