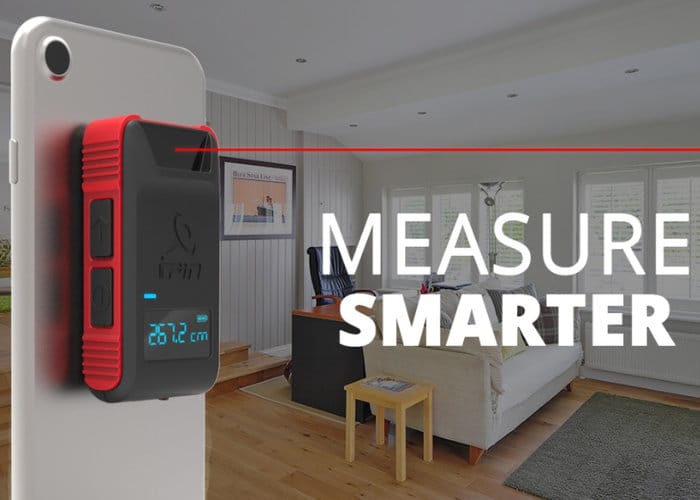 The iPin Spatial Ruler Pro Has been specifically designed to transform any smartphone into a smart laser ruler providing a wealth of features and functionality in a small compact pocket sized device. Watch the demonstration video below to learn more about the iPin Pro which is launched by Kickstarter this month and already nearly raised its required CAD$30,000 pledge goal.

The development team behind the smart laser ruler explain more about its construction and features. “The iPin Spatial Ruler Pro is the world’s first laser ruler using smartphone camera to measure the distance, line and dimension, plus the height, width, and length (3-axis) of an object in one shot. It is the ultimate optical laser measuring tool designed to make your lives easier for those who need a handy tool that can quickly measure objects on a daily basis. We created the iPin Spatial Ruler Pro to get the measuring job done faster and without any hassle.”

The iPin Pro laser ruler is now available to back with super early bird pledges available from $72, offering a massive 60 percent discount off the recommended retail price of $180, which will take effect once the campaign is completed. If all goes well worldwide shipping is expected to take place during August 2018.