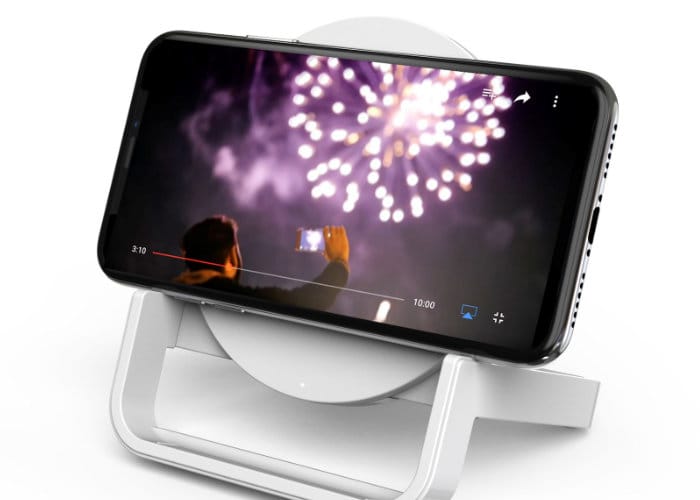 Following on from the unveiling late last year Belkin of its first iPhone wireless charger has been showcasing their new iPhone X wireless charger and accessories at this year’s CES 2018 technology show. The Belkin BoostUp Wireless Chargers will take the form of four new Qi-enabled pads, and the company has also created a wireless charging system for commercial applications, enabling businesses to install wireless chargers in public spaces, hotels and restaurants. 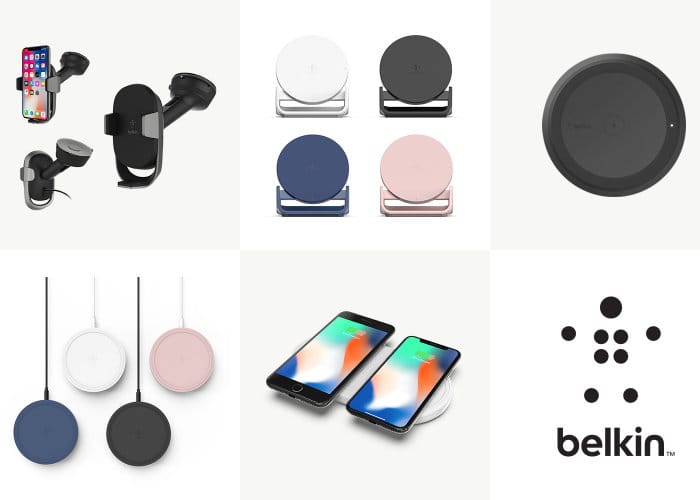 The first new iPhone wireless charger takes the form of the BoostUp Bold which expands on the original Belkin BoostUp wireless charger but is now smaller and available in a variety of different colours including pink, white, blue and black. Belkin has also created a BoostUp Wireless Charging Stand which allows users to charge their device in either portrait and landscape orientations enabling them to watch media or stream content while their device charges.

Expanding the range even further Belkin has created a BoostUp Car Mount that enables you to wirelessly charge your iPhone smartphone while in your vehicle, providing a mount that can be attached to either your dashboard or window depending on your preference. The final iPhone wireless charger takes the form of the BoostUp Dual Wireless Charging Pad witch as the name suggests it allows you to wirelessly charge two iPhone devices at the same time. Belkin has basically merged to BoostUp wireless charging pads into one device making it much easier to charge your smartphone and accessories such as Airpods or similar if they support Qi wireless charging technology.