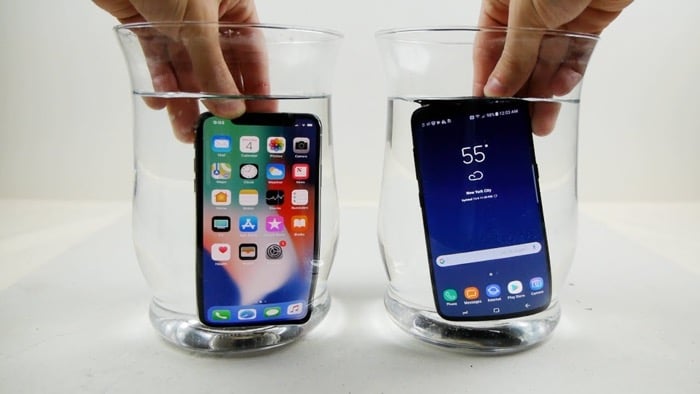 Last week we saw lots of different videos of the new iPhone X. These included a number of drop tests, water tests and even some torture tests. Now we have a more extreme test of Apple’s new iPhone. The handset is frozen in water overnight to see if it survives.

In the video we get to see the new iPhone X taken on the Samsung Galaxy S8 in an extreme freeze test. Both handsets are submerged in water and then placed in the freezer overnight. Which one do you think will survive.

As we can see from the video the iPhone X turned on but some of the feature were not working like Face ID. It also looks like there was a problem with the OLED display. It looks like the Samsung Galaxy S8 appears to have performed better in the freeze test than the new iPhone.

Obviously this is an extreme test and not something you should try at home as you could end up totally destroying your smartphone like the new iPhone in this video.