If you have 4G connections available to you, but your let down by the iPhone’s lack of 4G connectivity. Korean Telecom has unveiled its new Egg Series iPhone WiMAX Sleeve the KWF-B2500, might help, as it allows you to add 4G connectivity to your iPhone 4 together with a little extra battery power in the process.

The new iPhone WiMAX Sleeve adds and extra 1500mA battery power capable of providing up to an extra 5 hours of 4G surfing. But it also brings with it a little extra bulk, adding 2.4 ounces or 68g in extra weight and a third of an inch, around 8mm in extra thickness. 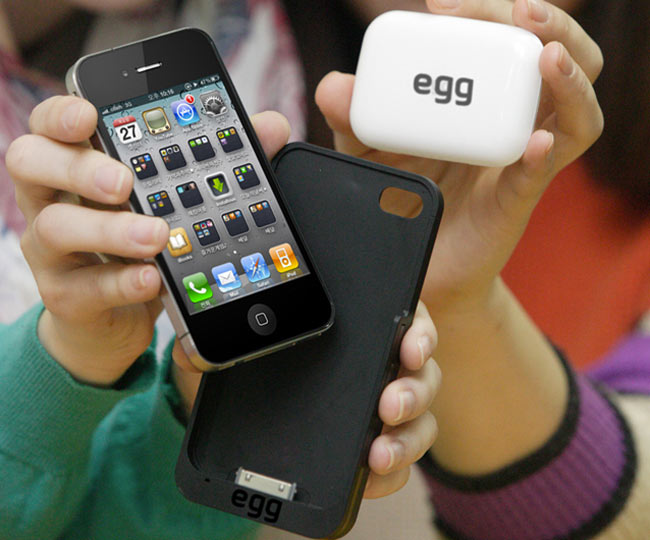 If your not so sure you would like to add the extra bulk to your pocket sized iPhone, the other alternative is to use the new Egg Series 4G Hotspot also unveiled by Korean Telecom, which is now 60% smaller than previous Korean Telecom WiMax portable hotspots and will provide you with up to 4h of continuous WiMax experience on a single charge.