Apple [AAPL] has unveiled the next generation of their iPhone OS, iPhone OS 4.0. Apple’s Steve Jobs announced the iPhone OS 4.0 at a special press event.

The main feature that everyone wanted for the iPhone, Multitasking will be in the iPhone OS, this means that you will now be able to run multiple applications at once. 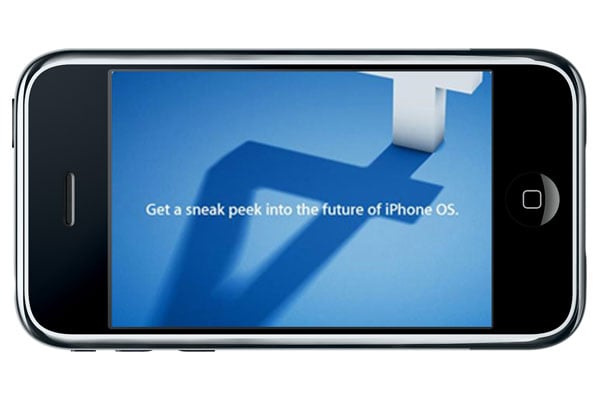 Multitasking in the iPhone OS will work like we expected, for example if you are using the web browser, and want to check your email, you just double click the home screen button and a window pops up that shows you icons for the applications that are running, then you just click on the one you want and it will launch automatically.

You will also be able to access the multitasking feature from the iPhone’s home screen. Apple said at their press conference the main reason they didn’t introduce multitasking before was they wanted to get it working so that it wouldn’t have any impact on battery life, which they say they have achieved with the iPhone OS 4.0.

Another interesting feature that Apple has introduced in the iPhone OS 4.0 is called ‘Folders’, Folders will let you arrange your icons in folders, for example you could place all you social network applications in one folder and all your games in another.

To launch an application from one of the folders, you just tap on the folder, and then tap on the application you want, this is a pretty cool feature and will make the iPhone interface more user friendly.

Email on the iPhone has also received a major upgrade in iPhone OS 4.0, all of your emails will now be in a unified inbox, and you will be able to use more than one Exchange email account, you will also be able to easily switch between exchange accounts if you just want to read emails for a specific account.

Apple have also made some updates for business customer  in 4.0, which includes better security, improved mobile device management, compatibility with Exchange Sever 2010 and SSL VPN support.

An interesting new feature on the iPhone which will appeal to gamers is called Game Center, which is basically a social gaming network that will let you invite friends to play games, and it also has an achievements feature.

As we expected Apple will feature their iAd mobile advertising platform in the iPhone OS 4.0, which will help their developers make money and still enable them to develop and release free applications.

The adverts will be delivered inside the applications, which they believe will be more popular than search advertising as people are spending more time using application than they do with search.

An the adverts will be designed to keep you in the application, rather than have you click them and take you somewhere on the browser. Apple will sell and host the adverts, and then share 60% of the revenue with the developer.

This is a great idea for Apple, and could bring in some serious revenue, as the expect to be serving over one billion adverts per day to over 100 million users, which would mean you would see about ten adverts per day, which doesn’t sound to bad if the free applications are good.

The iPhone OS 4.0 will be coming to the Apple iPad in the fall of 2010. Overall it sounds like a decent upgrade to the iPhone OS, the addition of multitasking will please many people, myself included, this is one of the features that the iPhone definitely needed.