Yesterday was Apple’s live event about the latest version of the iPhone OS version 3.0, where Apple revealed details of what we can expect in the latest major update to the iPhone.

The update is scheduled to hit the iPhone in June, and it will bring a host of new features to the iPhone, about 100 in total including some that iPhone users have been asking for quite some time. 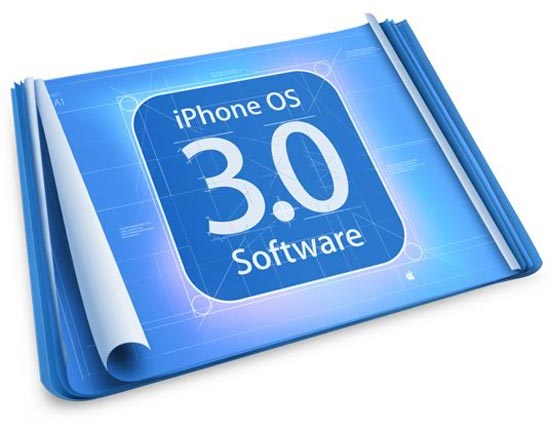 According to Apple, the reason it took them so long to implement copy and paste on the iPhone was due to security issues, but I wonder if the upcoming release of the Palm Pre, made them implement it quicker.

Spotlight is a new feature in iPhone 3.0 which will allow you to search for information across your iPhone, wherever it is stored, be it email, text, and even application that support the feature, this is another usual feature that will make the iPhone more user friendly.

One of the main features I was looking forward to seeing was the new landscape keyboard, this will now be available in Mail, SMS and notes, this will certainly make things a lot easier for typing emails etc.

Apple has also confirmed that there will be 3G tethering available, which will allow you to use your iPhone as a modem with a netbook or notebook, this will of course be carrier dependant, and some carriers will probably charge an extra fee for this service.

I hope the carriers either offer this option for free, I doubt they will, or they do it for a low cost, as mobile broadband is pretty reasonable at the moment and the speeds are good, with some being considerably faster than 3G.

Another feature which is found in the majority of mobile phones today, but has been missing from the iPhone is MMS (Multimedia Messaging), luckily we will now see this feature added to the iPhone OS 3.0, something that a lot of users, myself included have missed.

In iPhone 3.0 we will also see support for new types of calendars, where you will be able to subscribe to calendars on the web, from providers like Google and Yahoo, and also via subscriptions.

Other features that we will see are notes syncing with iTunes, and a new ‘Stocks’ app as well as support for Stereo Bluetooth A2DP audio, and automatic login to Safari, so you wont need to enter you password every time you want to use a particular website.

On top of there are increase parental controls, WiFi auto login, increased security in Safari with an Anti phishing feature and also shake to shuffle music where you just shake your iPhone to shuffle to the next track.

One of the major features that iPhone users have been waiting for is ‘Push Notification’, luckily this will be included in iPhone 3.0, which means you will be able to receive messages automatically in programs  like Instant Messaging.

We will also see a new iPhone App store, with new applications, the most notable will be a new subscription service, rather than paying a one of fee for an application, you will now be able to add additional content to applications for another small fee.

For example you will be able to subscribe to a magazine app, for a monthly fee and new content will be delivered direct to the application on a regular basis.

Game developers will also be able to offer subscription services, for example, you will be able to pay a small fee to add additional levels to a game, this is definitely good new for developers who will be able to achieve a regular income stream, rather than a one off fee for an application, and it is also good news for the consumer as we will probably see developers concentrating more one one app and providing more content for us.

Overall the iPhone OS 3.0 is going to bring a host of features, that will make the majority of iPhone users happy, myself included, this is a major update to the iPhone, and I wonder if we will see a new iPhone in June, when the update launches.

The iPhone OS 3.0 will be free for iPhone users, and will work on the 2G and 3G iPhone, although some features wont work on the 2G, if you own an iPod touch, the software will cost you $9.99.