We have seen some cool videos shot with the iPhone before on Geeky Gadgets, but the latest one was shot using an iPhone and a video camera and it is the work of Luke Geissbuhler and his son.

They Go Pro Hero HD video camera and iPhone into a Styrofoam block, tied it to some balloons and then launched the balloons into space, have a look at the video below to see what they captured. 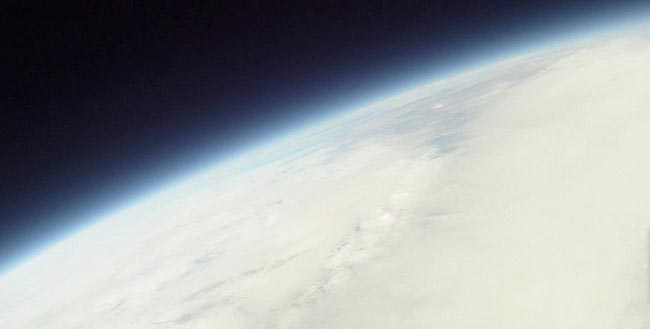 You can find out more about Luke and his son’s amazing video over at their website, Brooklyn Space Program.