Apple will be officially announcing the new iPhone 5S at their press event in Cupertino, California, next Tuesday the 10th of September. We previously heard rumors that the iPhone 5S would come with a fingerprint scanner.

Now a photo has appeared online, which apparently shows the new home button flex cable for the iPhone 5S that will come with support for the fingerprint scanner. 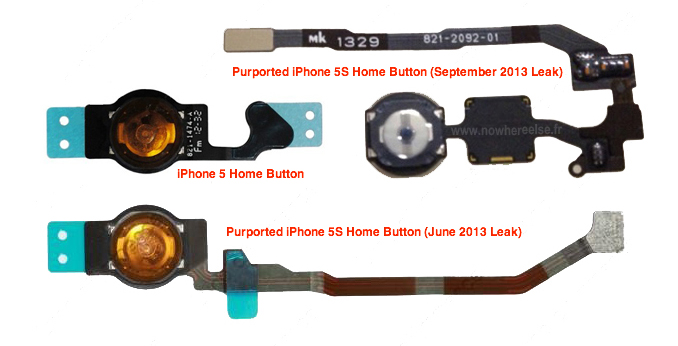 As well as a built in fingerprint scanner we are also expecting the iPhone 5S to come with an update processor, graphics and more RAM, the handset is rumored to come in a range of colors, which will include white, gold, black and possibly grey.