According to a recent report, a student at a middle school in Kennebunk, Maine, had her iPhone 5C in here pocket and the device caught on fire.

The 14 year old girl was apparently sitting in class when the iPhone 5C caught in fire, and the device apparently caused 2nd degree burns. 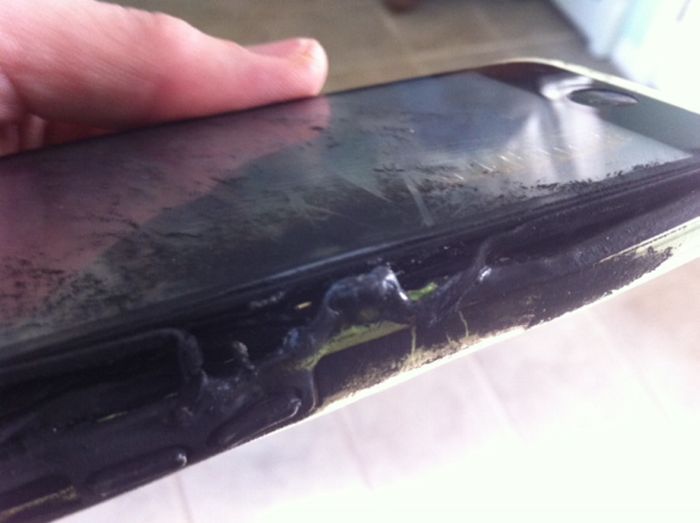 “Immediately, smoke starts billowing from around the student,” said Jeff Rodman, principal of the Middle School of the Kennebunks. “She knew right away something was wrong and, in a panic, knew her pants were on fire caused by the cellphone.”

The girl had to take off the pants, so girls in the class helped her into a corner of the room while others herded the boysfrom the room and summoned a teacher, who was standing just outside the door, Rodman said.

The girl was then taken to hospital and treated for second degree burns, you can see a photo of the iPhone 5C that caught fire in the photo above. The girl had apparently had the iPhone 5C for around two months before the device caught on fire.