Apple is expected to launch a new iPhone 5C smartphone together with possibly a new iPhone 5S and their new mobile operating system iOS 7 on September 10th 2013.

But if you think that Apple charges a little too much for their devices you might be interested in a new device called the Goophone which is a clone of the Apple iPhone 5C and costs just $100. 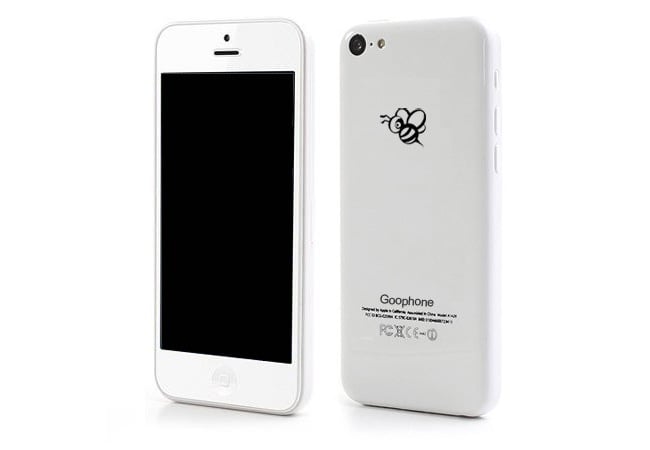 Obviously this isn’t and Apple smartphone device but the Goophone is powered by a 1.2GHz dual-core 28nm MTK MT6572 processor supported by 1GB of RAM and comes with 4GB of onboard storage.

The Goophone also has 2 megapixel front facing camera for video calling, together with a 8 megapixel rear facing for video and photographs and comes running Google’s latest Android 4.2 Jelly Bean operating system. The 2000 mAh battery in the GooPhone offers 5 hours of talk time and up to 48 hours standby time.

for full specifications and to purchase a new Goophone which has a very similar look to the new yet to be announced iPhone 5C smartphone jump over to the Anybuying website.