When Apple announced the new iPhone 4, once of the features that looked interesting was the Retina Display, which according to Apple, has four times the amount of pixels of that of the current iPhone 3GS.

When Apple showed off the iPhone at the WWDC the Retina Display, did look impressive, although we have seen a number of articles online saying that the display isn’t as good as Apple said, well you can ow judge for yourself, from the picture below. 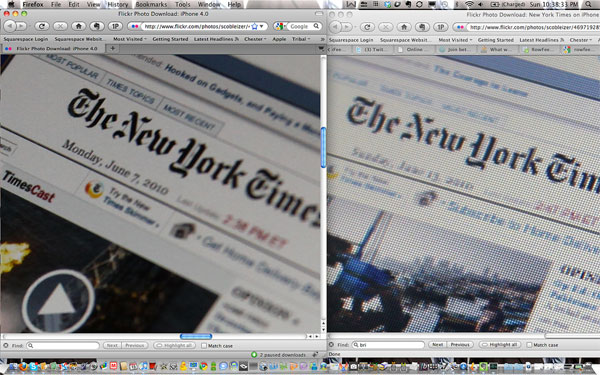 As you can see the new iPhone 4 screen is featured on the photo on the left and the 3GS on the right, the difference is amazing. The new iPhone 4 display looks so much clearer and sharper than that of the iPhone 3GS.