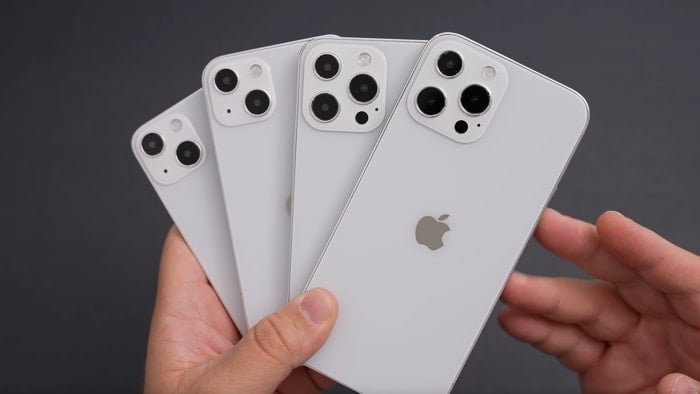 We have already seen some photos of dummy units of the iPhone 13 range and now we get to see the handsets on video.

These dummy units give us an idea of what the design will be like on this years iPhone 13 range of smartphones, there will apparently be four handsets this year. These will include the 13 and 13 Mini, the 13 Pro and the 13 Pro Max.

We heard recently that the ultrawide camera on the new iPhones would come with auto focus and there is also expected to be more camera updates.

This years iPhone 13 range are expected to come with a smaller notch than the iPhone 12, the handsets will also come with the new apple A15 and they may also get some more RAM than last years models.

Another thing that will get an upgrade in 2021 iPhone range is the batteries, all four handsets are expected to come with larger batteries and also improved battery life.