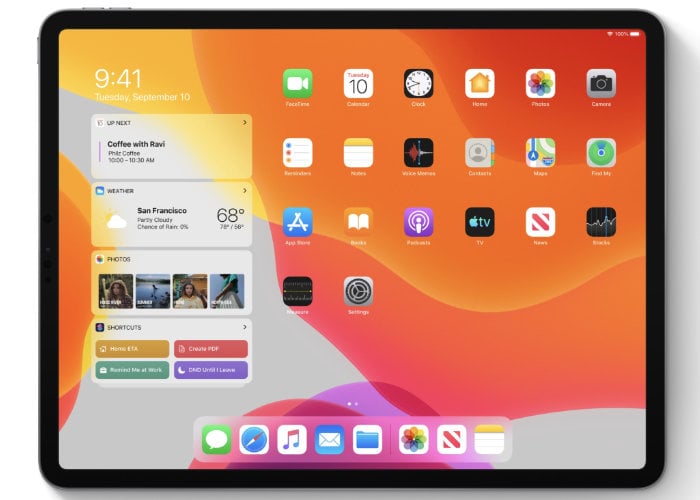 During Apple Special Event last night in San Francisco, Tim Cook and colleagues revealed that the new and highly anticipated iPadOS, and operating systems specifically designed for the range of Apple tablets, will be officially launching later this month for exiting iPad owners and will be available from September 30th, 2019. If you are purchasing the latest Apple iPad, also unveiled last night, you will be able to enjoy iPadOS pre-installed.

iPadOS has been built on the same foundation as iOS but offers a wealth of new features, productivity and multitasking tweaks and enhancements specifically for users on larger screens. Apple explains a little more. “iPad has become a truly distinct experience. With powerful apps designed for a large Multi‑Touch display. Multitasking made simple with intuitive gestures. And the ability to drag and drop a file with a fingertip. It’s always been magical. And now it’s called iPadOS.”

“Part of the magic of iPad is that almost anything can be done with Multi-Touch using simple, intuitive gestures. And now iPadOS makes it easier and faster to select and edit text using just your fingers. iPadOS is even faster than iOS 12. For example, Face ID now unlocks up to 30 percent faster.”

For more details jump over to the official Apple website by following the link below.