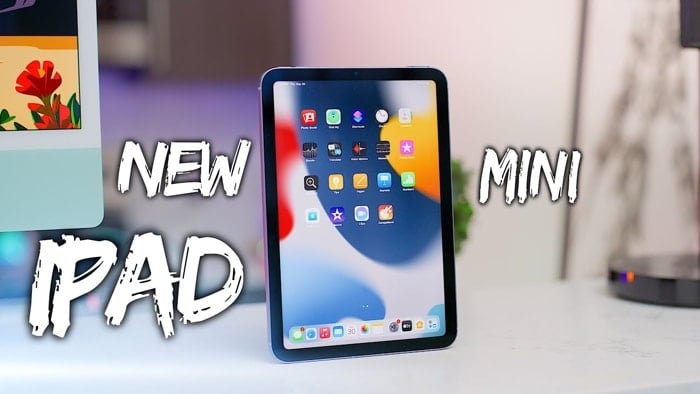 The new iPad Mini launched recently, we have already seen a hands on video of the tablet and now we have another ones.

The video below from UrAvgConsumer gives us another look at the iPad Mini and its range of features, lets find out more details about the device.

Apple’s new smaller iPad has had a new design which is similar to that of the iPad Air, the tablet features an 8.3 inch Liquid Retina display which has a resolution of 2226 x 1488 pixels.

Processing in the device is done by Apple’s new A15 Bionic processor, this is the same processor that Apple uses in their new iPhone 13 handsets.

The device comes with some new cameras as well, there is a single camera in the front and a single camera on the back. The front camera is a 12 megapixel camera which is designed for taking Selfies and for making video calls.

The rear camera is also a 12 megapixel camera for recording videos and taking photos, the tablet comes in a choice of two different storage sizes, 64GB and 256GB.