Apple has announced that the new iPad Air will be available in their retail stores from next Friday the 1st of November, and the Apple stores will open an hour early at 8AM local time.

Apple will also sell the iPad Air online from next Friday, they usually start selling the device at 12.01 AM local time on their online stores, so we are expecting the same for next week. 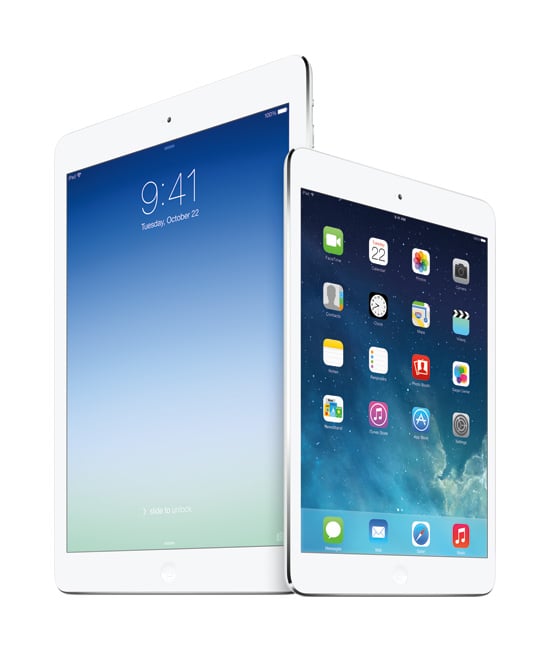 The iPad Air comes with a new slimmer design over the previous generation iPad, it measures just 0.29 inches thick and is considerably lighter than the previous model at just 1 pound.

The iPad Air has a 9.7 inch Retina display that features a resolution of 2048 x 1536 pixels, the device is powered by Apple’s new A7 processor and also features Apple’s M7 motion processor.

The tablet will be available in both cellular and WiFi models, which a choice of 16GB, 32GB, 64GB or 128GB of built in storage, and it comes with front and rear facing cameras.

On the front of the iPad Air, there is a FaceTime HD camera which is capable of 720p video, on the back is a 5 megapixel iSight camera, which can record full HD video in 1080p.

Apple also announced the new iPad Mini with Retina display, this device will not be available from next week, instead it will launch later in November.