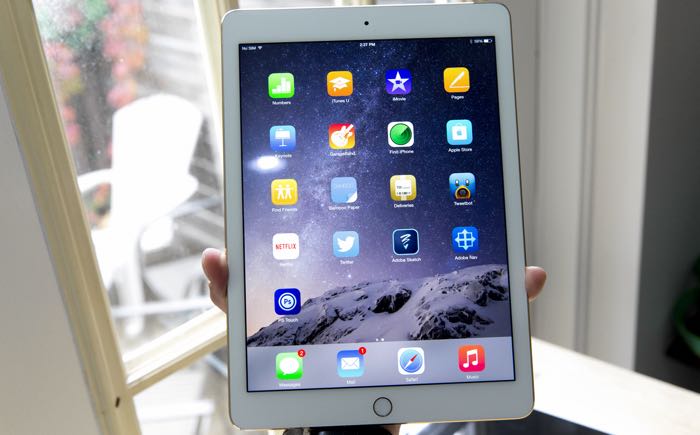 Apple’s new iPad Air 2 has launched today, and a number of our fellow technology sites have already managed to get their hands on Apple’s latest flagship tablet, and have published some iPad Air 2 reviews.

The iPad Air 2 comes with some impressive specifications, the tablet features a 9.74 inch Retina Display with a resolution of 2048 x 1536 pixels.

Processing comes in the form of Apple’s new A8X processor, which is a triple core 1.5GHz processor, and the tablet also comes with 2GB of RAM.

The front facing camera on the Air 2 is FaceTime HD camera and the rear camera is a new 8 megapixel iSight camera with a five element lens and a range of advanced features.

Have a look at the Apple iPad Air 2 reviews below to see what some of our fellow technology sites thought about Apple’s latest tablet.