But what about the ‘And touch’ part, according to a recent report this could be related to a new technology in the iPad 3, touch feedback technology which is reported to be provided to Apple by a company called Senseg. 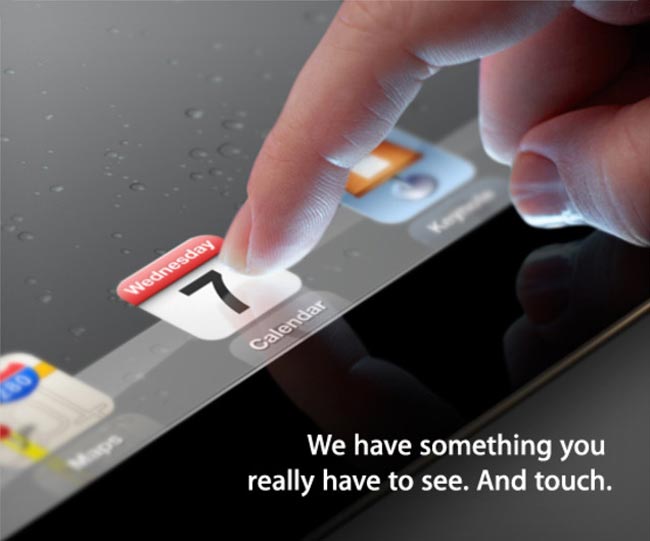 Have a look at the video below which shows how the technology works, it certainly looks very interesting from the video.

Of course we will have to wait until later today to find out if this touch feedback technology will be used in the new iPad 3 or iPad HD.