We have seen quite a bit of evidence that the iPad 2 will feature a front facing camera that will make use of Apple’s FaceTime video chat software, and now more information has been revealed that confirms its existence.

First we saw the camera icons for the iPad 2 that were found in iOS 4.3, and now the guys over at 9 to 5 Mac have got their hands on some screen protectors which show the iPad 2’s camera location. 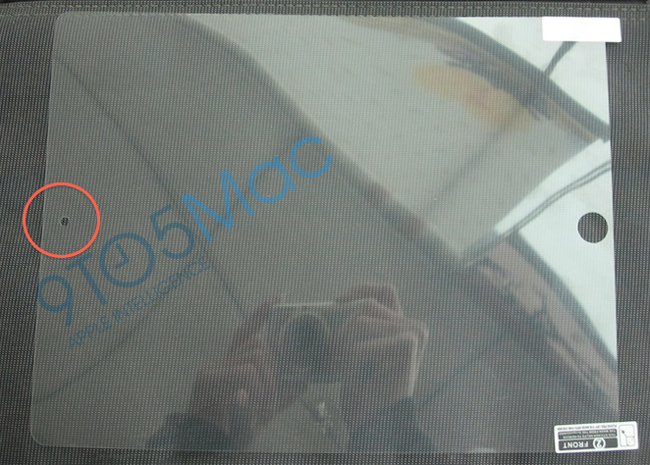 As you can see from the photo above, it looks like the iPad 2 will feature a camera at the top, in a similar location to the one found on the iPhone 4.

Of course this could just be a mock up of an iPad 2 screen protector from a manufacturer, based on where they think the camera will be placed, but we suspect that this is where it will be on the new iPad 2.