Ever since the iPad 2 rumors began we have been hearing that the second generation Apple iPad will feature dual video cameras just like the iPhone 4, which means that the iPad will come with Apple’s FaceTime video chat software.

Icons for FaceTime, the Camera and also PhotoBooth for the iPad have been discovered in the latest beta release of Apple’s iOS, iOS 4.3 Beta 2. 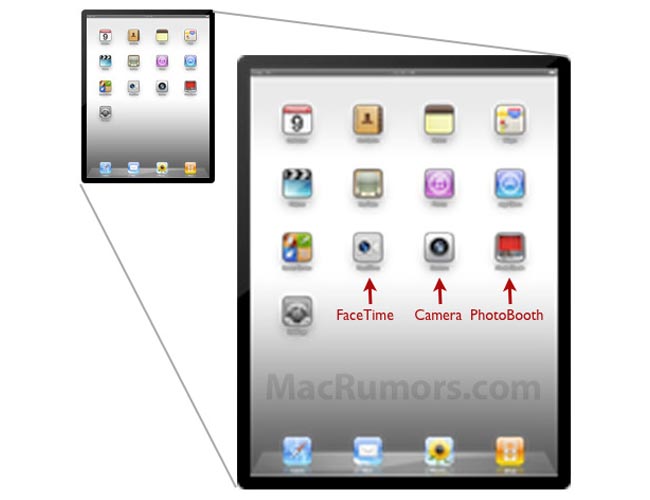 The image above shows the three icons on the homescreen, and it was found in the latest beta of iOS, this is more evidence that the iPad 2 will come with a pair of built in cameras.

That means that iPad owners will be able to use Apple’s FaceTime feature to chat to other iPad 2 owners, iPhone owners and iPod Touch owners.