Apple is not holding back with its iOS 4.3 releases just a week after the first beta was released iOS 4.3 has now moved into beta 2 and has been made available to developers.

The new beta adds Wi-Fi hotspot capabilities for GSM iPhones to together numerous other tweaks for the new Apple TV, iPad, iPhone 4, iPhone 3GS as well as the 3rd and 4th generation iPod touch. 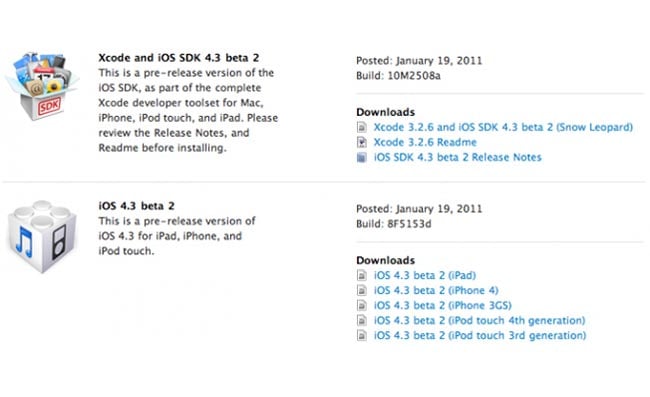 Unfortunately though the new multitasking navigation gestures will not be enabled in iOS 4.3 for users, but Apple are providing this preview to gather input on how these gestures work with developers apps.

As the new release gets further examination I’m sure other new features will come to light. If you are a developer and find anything interesting please don’t hesitate to let us know.