Apple has released a new software update for the iPhone, iPad and iPod Touch, in the form of iOS 6.1.2, the update is designed to fix the exchange calendar bug that we heard about previously. 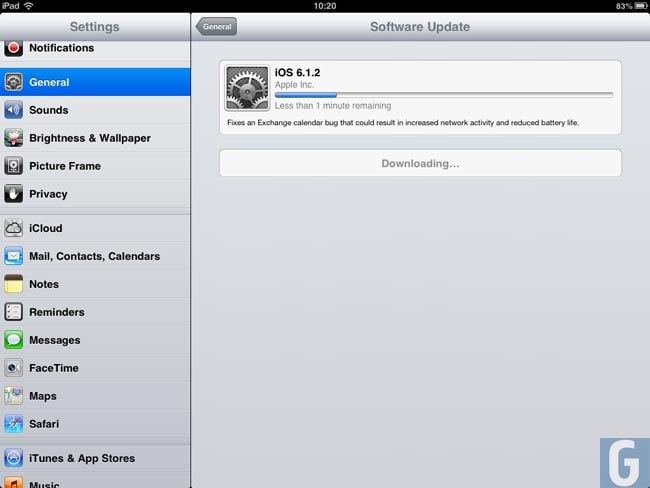 Fixes and Exchange calendar bug that could result in increased network activity and reduced battery life.

Unfortunately it does not look like the iOS 6.1.2 software update has fixed the bug that lets your iPhone’s passcode lock be bypassed, there are no details as yet on when Apple will release an update to fix this bug.